May 31, 2009
Yesterday I woke to the most glorious morning in what felt like FOREVER. Sun shining like mad, birds chirping, clean clear air blowing through the window. And immediately wanted I thought "ahhh pancakes for breakfast!"

Which I had had every intention of doing after a shower. But then my friends called and said lets go do a little of this and a little of that and a tee and a la-la-la.

So anyway, I didn't have pancakes. But last night I made batter just in case.

And guess what? ANOTHER glorious morning!!! Fantastic!

First of all my default pancake is a crepe. When people say pancake, that is what I picture. Truthfully I mostly don't like any other kind of pancake - too thick, too soda-y tasting. Unless of course I am using it solely as a vehicle for maple syrup.

Ok, so I used about 3/4 cup of cake flour, about a cup of plain flour, a pinch of both sugar and of salt. Cake flour? Yeah, I am just experimenting here with that. 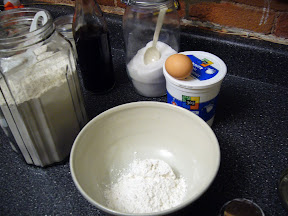 I added one egg, a splash of vanilla, and about half a cup of yogurt. 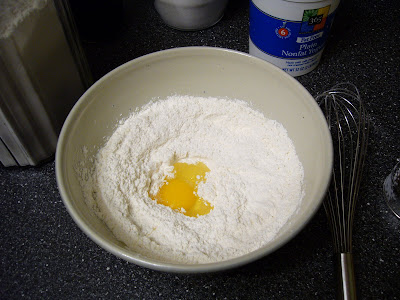 I whisked that together and then added about a cup of cool water. 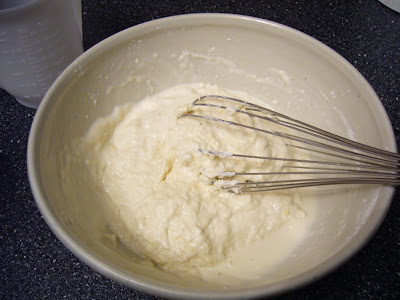 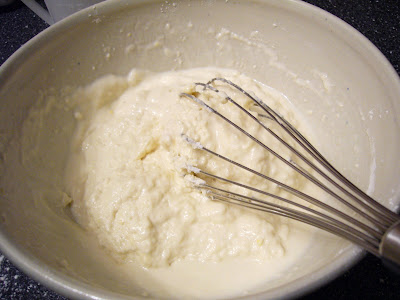 Because at some point it will be smooth and batter-like. 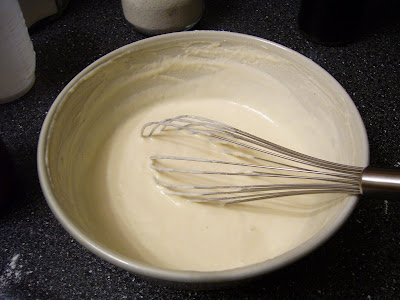 So at this point I stuck the batter, covered, into the fridge, and went to bed.

What I am thinking is that either it has turned to glue, or it will just need a little more water to thin it out a little and then I will make crepes.