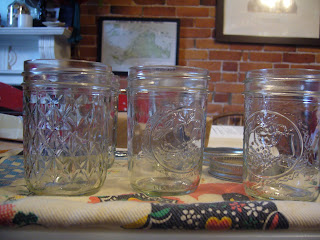 I happened to mention to my dear friend Spruce Bruce that I was currently in the fevered throes of canning and he said "I have a few green tomatoes for you". 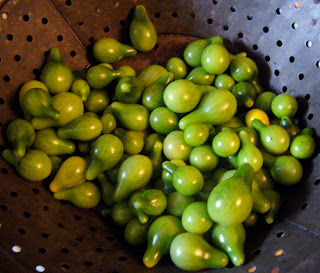 The colander was full of tomatoes. I started jarring them when I remembered to take out my camera. As per usual really. 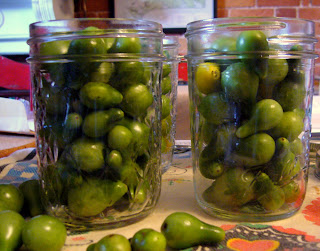 I filled about 4 half-pint jars, or maybe 5. I can't remember now. 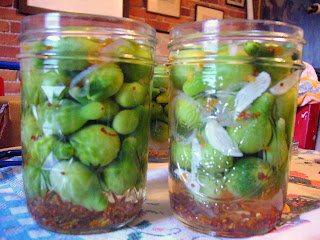 Then I poured the hot pickling brine over it, sealed them up, and processed them in a hot water bath for 10 minutes.

They actually look pretty good to me right now, but I am going to let them sit for a bit and, well, pickle.

After making the pickle I made some green tomato marmalade. When I told La Maman that I had a sh*t ton of green tomatoes to do something with, she told me that La Meme used to make green tomato jam with lemon. And that sounded like marmalade to me.

I basically cooked down sliced tomatoes with thinly sliced lemon pulp and peel until thick, jarred and sealed it, then processed them for 10 minutes in a boiling water bath.

8 jars of cooked green tomatoes later, and I was done.

I still have one tray left of green tomatoes, so maybe I will do something with them tomorrow. 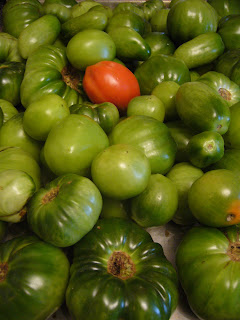