August 12, 2008
Ok so this past weekend the Evil Twin and her boyyyyyyyyfriend, Trapper Keeper, took me away to the beach. 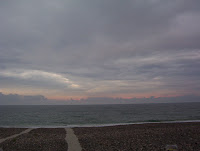 Yeah it rained. But not the entire time. I did get a fabulous hour in the water. But yeah, it did rain. Which turned out to be a great excuse to eat!

And eat we did. So without further ado, let me take you through my weekend - in pictures!

First we stopped for breakfast at Victoria's Diner. Victoria's diner has had a rocky few years. It was sold to Mike's City Diner and for some weird reason their South End formula just didn't translate to the Newmarket location. When Mike's sold it on, the quality dramatically improved, however I think that some of the older waitresses are gone, and well, I liked them.

Anyway, I had the yummy plate & super coffee...: 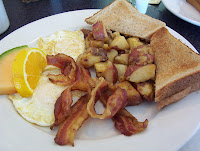 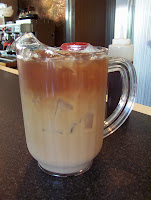 .....while the E.T. had the boring plate and boring coffee: 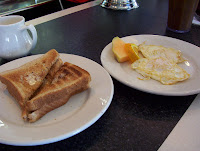 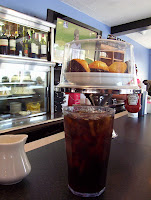 But then for lunch she took me to the Mothership: 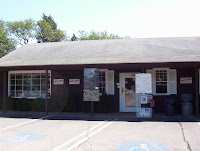 Otherwise known as Gerard Farm, or if you are truly from Boston, Gerahd Fahm: 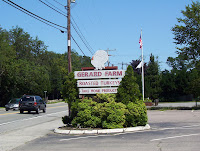 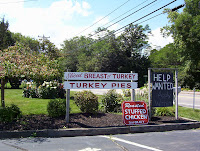 Not only do they sell the most delicious turkey sandwiches I think I have ever eaten (except for Diemand Farms leftover turkey) and they are made with stuffing AND cranberry. Really, I should have gotten a small pot of gravy au jus, if you will, to complete the experience...

But they also sell assorted New England sundries such as. 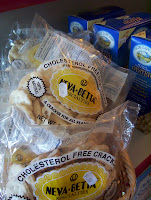 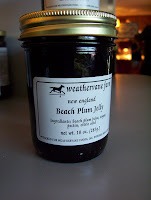 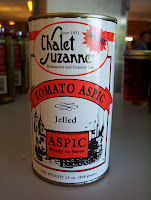 However, I remained transfixed on other items: 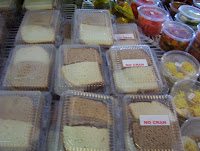 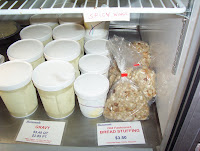 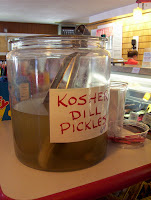 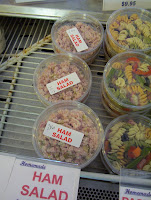 (My apologies for the blurriness in some of the photos. I was quite literally shaking in anticipation!)

I would have also taken a photo of the sandwiches. But I ate it too fast. Typical.

Then we had dinner out, fish & chips, but I forgot my camera. Which was a good thing since by that point I am sure the Evil Twin was getting pretty sick of me bossing her food around.

But then the next morning we hit the donut shop: 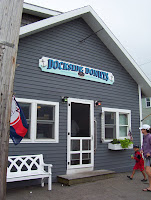 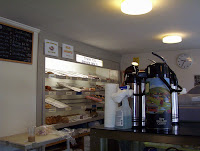 I am not 100% positive that they in fact make the donuts from scratch on premises. I think that if you looked in their trash you might find a Dunkin's box or two. I am just saying. I do not know this for a fact however, and if you know that I am wrong, please let me know so I can correct that assumption.

However, I am pretty positive that the Grilled Fluffernutters ARE made on premises, and I was sorely tempted to go back for one: 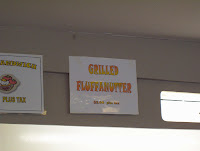 After that, we pretty much just hung out and fried our brains in front of the boob toob. Well, the E.T. and I did crosswords while Trapper Keeper made fun of us. But then we all sort of fell into sugar/junk food comas.

***And I would just like to state for the record that they are BOTH championship snorers. I do not know how they do not keep each other up at night.***

And so now I have reached my junk/crap food limit and am ready for something more adult. Something that involves demi-glace, or a vegetable.

Oh and how ubiquitous is this?: 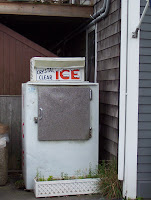 But then when you are desperately looking for one, they seem to disappear?


PS: Clicking on the photos will make them bigger. Much, much, bigger.