I feel like chicken tonight. Oh wait! And a waffle!

Well I dunno, but that is because I am from New England. I had no idea that waffles went wiht anything other than coffee and a bitchy waitress. However I was told that seemingly chicken & waffles are popular in "the South". Although I always thought the Dutch were responsible:

Tonight I went to The Hen House with T-Bone and EvenStephen, for chicken & waffles natch! The place has gotten mixed reviews, either the food is spot on, or it is not. We were lucky, this time the food was spot on.

But then again, I don't really expect much from wings & waffles. I mean not every competitor can gold medal, if you know what I mean, and going for bronze doesn't mean you are a loser.

(I can't believe I am using an Olympic metaphor. Do I have to send royalties to NBC now?)

I got the buttermilk waffle with butter & "maple syrup" with wings & BBQ sauce. T-Bone got buffalo tenders & collard greens, and EvenStephen got the Number 2 (a sandwich with ham I think).

Truth be told, I was very happy with what I got. The chicken was crispy on the outside and super moist on the inside, and the waffle was crispy on the outside and fluffy on the inside. If they were going to go for gold here they might want to offer the option to buy real maple syrup instead of that weird tasting "table" syrup, but that's just me - a bronze medal still means you won!

And of course, I took pictures: 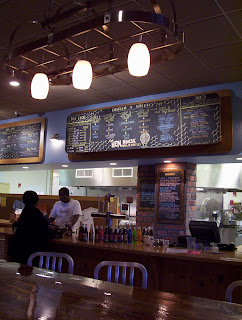 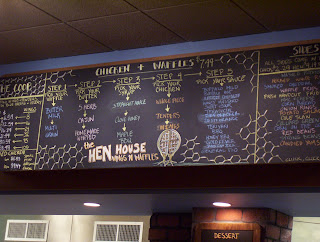 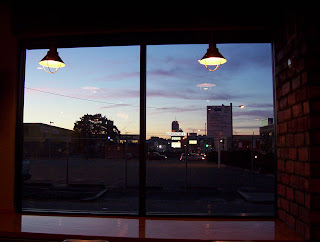 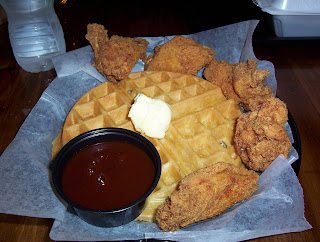 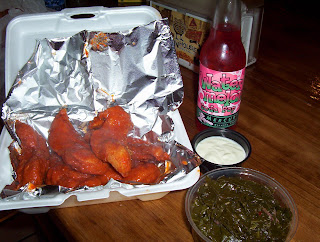 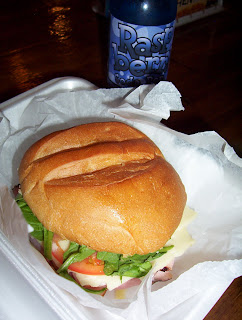 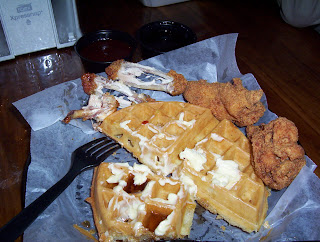 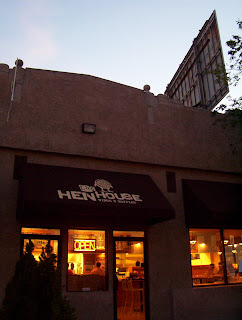 And you probably would think I was stuffed at this point.... but no. We continued on to the King Do bakery over in Dorchester for bubble tea and cake. Seriously, I AM a championship eater. I should get a gold medal for that really.

rob v said…
Umm, chicken and waffles are a soul-food sensation in LA. I adored Roscoe's House of Chicken & Waffles!