It's the STATE OF MAINE yo!

October 12, 2008
Let me tell you that in Maine it is really easy to find stuff that is made in the State of Maine. There is a whole lot of state pride going on up there. 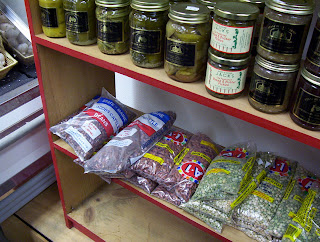 State of Maine beans on the one side. 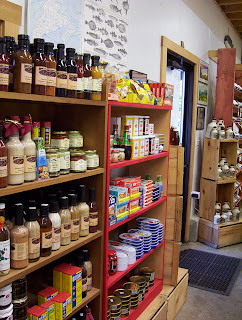 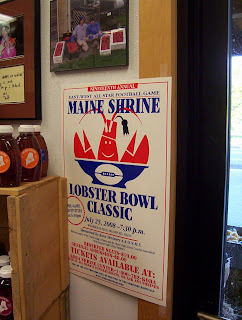 And I really liked this poster because I thought it was for a big lobster bake or something, but instead it was for a football game. I still like the poster though. 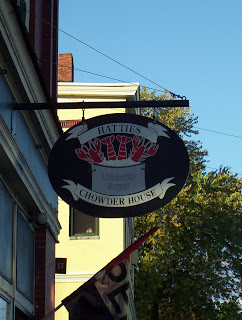 Another lobster themed sign I liked. I think it is funny how no one blinks when they use a live lobster being plunged into boiling water as advertising. I can't imagine a steak house showing a cow being led to a slaughterhouse as advertising. Ok, well maybe I don't think it is funny, so much as curious. But I still think that lobsters are pretty tasty.